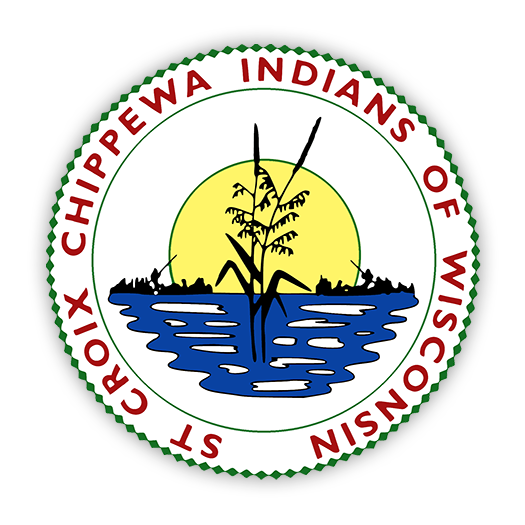 On October 17th, 2022, the St. Croix Chippewa Indians of Wisconsin (the “Tribe”) closed on a property in Turtle Lake, Wisconsin. The property contains a 7300+ square foot, 5 bed, 4 bath home, 831 acres of land, an equestrian building with stables, 2 private lakes (Sugarbush and Snake), and 20+ miles of trails.

*Please note, there will be photography and videography at this public event. All attendance at the Open House is done so with the understanding you may be captured in photos or video. Please spread the word to your friends and family members about our open positions! This message is being brought to all staff (and any visitors) of Tribal government and Enterprise parking lots and frontage roads. The speed in which vehicles are driving through the various parking lots and frontage roads is excessive. Security and Tribal Police are asking all staff to check their speed when coming to, and leaving from, work. In addition, please remind any visitors you may have coming into the lots of this speed issue. If you see something, say something!

Tribal Police is prepared to ticket drivers as this is becoming a serious safety concern. The Elder Luncheon was on Thursday, October 27th. There was a Halloween theme and many elders dressed up! Along with the normal activities of a delicious lunch, cash prizes, Turtle bucks, and giveaways, there was a costume contest!

Thank you to the Elder Care Department and Turtle Lake Casino Staff for such an exciting event! Save the dates for the next two Elder Luncheons which will be on Tuesday, November 15th in Danbury and Tuesday, December 13th in Turtle Lake. Additional photos of Halloween costumes can be viewed on our website here! A Tribal Clinic nurse, specializing in Public Health Emergency Plans
(PHEP), attended the elder luncheon on Thursday, October 27th. At the luncheon
she requested participation in two surveys, Severe Weather/Emergency
Preparedness and COVID. These are the results:

68 surveys were completed at the Elders Luncheon

Those that did not identify 2%

Ages of those surveyed were from 36-81 years plus, with the highest population being:

56% total in this age group

74% of the population stated they were FULLY vaccinated

We can see from this small survey what is being reported as the most common COVID symptoms in this population (fever, dry cough, fatigue, aches/pains, headaches).

We know from this small population surveyed that a high number, 74% are fully vaccinated, yet 50% of this population still tested positive for COVID.

70 surveys were completed at the Elders Luncheon If you have the ability to participate in the Trunk n Treat, please reach out to Frank Taylor at 715-349-8638 ext. 7006. We need increased participation to continue the event in years to come! ·     Do you live within the Reservation boundaries?

·     Are you tired of paying Sales Tax on your utility bills?

·     Did you know that goods and services delivered to the Reservation should be free of Sales Tax?

·     Bring in your utility bills and Neil Oustigoff Sr. or Jeff Taylor will help you complete the required paperwork to receive tax exempt status!

Please join them at your local Tribal community center! Harvesting our Power as Native Voters

Fall can be a time of mixed emotions. The inevitable oncoming winter and earlier sunsets can have a serious effect on mental health. And Halloween costumes give me caution, as I have seen all too many Indian costumes year after year. But fall also brings the harvest – wild rice, squash, and numerous other vegetables that Mother Earth provides us. It is a time to celebrate the bounty we have and the people in our lives.

And this fall brings the opportunity to vote for our future. On Nov. 8, Wisconsin has its midterm elections which will determine our new governor, U.S. Senate seat, and many other local officials. As leader of Wisconsin Native Vote, this fall I am focused on making it known that the voices of our people are powerful. Powerful tools for healing and for securing a better future for all of us. In Native Vote’s work I witness that power. And, as Election Day nears, I am encouraging all of us to join our voices together, to use our combined power to harvest a different, but important crop – our representation.

Invisible, even to ourselves

Professor and author Dr. Anton Treuer (Ojibwe and Leech Lake) once said, “Sometimes we are invisible, even to ourselves.” That quote sits with me. It reminds me that Indigenous faces and Indigenous voices are too often absent from the everyday experience in our society. That’s why our votes for our interests are so important. Halloween and popular culture have their ways of making us feel invisible. I’ve seen countless children dressed up as Native Americans with their generic headdresses and bow and arrows. We are used to seeing old Western movies portraying “savage Indians” alongside heroic cowboys, Indian mascots for sports teams, even Indian maidens on boxes of butter.

The images we see

But as Native people, those images and costumes say something more. They say that we only exist in the past and all of us – all of our many different tribes and customs – can be lumped together as one image. Mascots are never neutral symbols. They are exaggerated caricatures never intending a positive representation. Those stereotypes are harmful to all of us – especially our children. It’s part of growing up in a society that tells you that you are invisible, part of the past. This has serious impacts on mental health that persist through generations.

Our many positive role models

Although there are plenty of negative images out in the world, I encourage you to look at the many Native people who have spoken out against Native mascots and who stand as positive role models for our people. Here is just a sample:

Mark Denning (Menominee), a close friend of Wisconsin Native Vote, who has stood up against racial stereotypes here in Wisconsin and contributed to the removal of Native mascots in sports teams.

Ayanna O’Kimosh (Menominee) is in ninth grade and a professional boxer. She has won a Silver Gloves National Championship and multiple state and regional Silver Gloves Championships – all while advocating for Missing and Murdered Indigenous Women and Girls (MMIWG).

Nicole Mann (Round Valley Indian Tribe) is currently serving as the mission commander for the SpaceX Crew-5 mission and is the first Native American woman to go into space. The crew launched last Wednesday and my favorite part – she took an Ojibwe dream catcher into space!

Wes Studi of the Cherokee Nation is well-known for his career as an actor and film producer, particularly for his portrayal of Native Americans in film. In 2019, he received an Academy Honorary Award, becoming the first Native American and the second Indigenous person from North America to be honored by the Academy.

Jonas Metoxen (Oneida) played fullback for the Green Bay team before they were the Packers after attending the Carlisle Indian School from 1891 to 1900. Oneida historians report that there were many more unpaid Oneida tribal members who played early on for what is now known as the Green Bay Packers.

I could go on and on, but I encourage you to be inspired by the many Native people who have worked to better the lives of our future generations. Like them, we have the ability to take our future into our own hands and vote. This is about sovereignty, and the concept of the Seventh Generation. Both have guided and sustained us through times of struggle and times of rejuvenation. When we vote, we are ensuring our children and the seven generations who come after us have lives free of harmful images – and can feel confident in their culture and identity.

This fall, cherish the harvest of Mother Earth’s gifts – wild rice and other vegetables tended to throughout summer as they offer up their nutrition with winter upon us. The love with which we tend to these gifts, to help them come to fruition, is shared with family and friends – their power to keep us healthy is multiplied. Protecting our waters, the wild rice harvest, our identity and culture, and our personal and communal health takes a heightened position this time of year. And it’s in that same spirit that I encourage you to nourish these things by preparing to cast a vote on Nov. 8. By making your voice heard in these elections, you have the power to safeguard the things you care about most. It is a different kind of harvest, but an important one.

The polls are open on Election Day, Tuesday, Nov. 8 from 7 a.m. to 8 p.m. You can find your polling location at myvote.wi.gov/find-My-Polling-Place.

When you vote, make sure to bring a photo ID with you. The most common IDs are a Wisconsin tribal ID, Wisconsin driver’s license, Wisconsin DOT-issued ID card, military ID, or U.S. passport.

If you are not yet registered to vote, you can vote in-person at your polling place. Bring a proof of residency document with you to register. This can be your Wisconsin driver’s license, utility bill, letter from your tribal government, or a number of other documents.

You can visit our website at www.conservationvoices.org/vote for all the voting information you need. For questions about voting, call the Election Protection hotline at 866-OUR-VOTE. Decisions are made in every election that will impact the course of history, the course of our history. Make sure your voice is heard, as well as the voices of your parents, your brothers and sisters, your aunties and uncles, and your friends.

Vote for the future of our planet.

Vote for the future of our children.

Vote for the Seventh Generation.

Denise Sweet works with tribal leaders, activists, and partners to engage Native Americans in the electoral process through her role as manager of the nonpartisan Wisconsin Native Vote program. “One time Wenabozho, it’s fall now, all the ducks and the birds had left. He’s freezing; he’s walking; as he’s crying, he arrived there. He looked out on the lake. The lake was full of ducks. As he was watching them, he thought of what he was going to do. He went out and got some basswood bark. He made some rope. Then he made a basket and dove into the river. He went around tying the ducks legs. “Heyyy!” The fall ducks took off to the south. Wenabozho left too. I don’t know when this was. I also wonder where he got the basswood bark and how he made a birch bark basket. Well then, he is a spirit.”

If you would like an item featured in the weekly newsletter, please email Maggie Olson at [email protected].